Moving (back) into the Mainstream

My partner H and I have been attending a mainstream Evangelical charismatic church. If you are surprised then you’re not the only one!

Never would I, in a million years, have expected to be attending this church. It is precisely the church I would have avoided. Perhaps secretly I have longed to attend something similar, but, for obvious reasons (once bitten twice shy, see here and here) I have definitely avoided mainstream Evangelical churches.

Why did we go? I think just curiosity at first. It was Greenbelt Festival weekend and we weren’t there (again!) One of the things I really value about Greenbelt is that you get challenged and stretched and you experience new and surprising things. So we decided to go to this church instead. I guess to give it a chance to surprise us.  The big charismatic Evangelical one. We had actually been there for worship once before, years ago. Nothing negative happened but I felt really uncomfortable the whole time, like someone was going to jump up in front of me and tell me I’m going to hell for living an ‘unrepentant homosexual lifestyle’ (when this has happened to you once, you’re fairly keen not to let it happen again). I was anxious and unsure. It was a one-off.

I still felt anxious this time round. Even though it was (supposedly) just another one-off (!)

Maybe we went because of the weird sense of on-and-off paradigm shift that is  happening within UK churches at the moment with Vicky Beeching coming out and movements like Diverse Church and the Two:23 network bringing together LGBT Christians from Evangelical backgrounds.

If someone had approached me to be tell me off, I might have been able to emerge relatively unscathed. I probably wouldn’t have gone back there, but I wouldn’t have taken their words into my body and soul and let them wound me over and over in the voice of the Accuser. I am free now. The bad things that happened to me in churches have been exorcised. I know that’s a strong word and I don’t use it lightly. By the grace of God I am healed. My scars are there, beautiful, closed. The demons are sent howling into the abyss.

If someone had approached us to tell us off, they would have been confirming the stereotypes of unloving, homophobic Evangelicals that existed in my mind. But no-one (no-one!) did that. No-one approached us. Well, they did, but when they did it was with welcome and warmth. Even as the penny dropped as I spoke about ‘us’ (no way am I going to lie or hide any more), we were made welcome. We were invited to a home group. We went. For many people, it seems there is just not an issue.

I am not naive. I know that there will be people there with differing opinions about sexuality. I am still expecting to be asked questions at some point. And I am looking forward to it. To discussing, not to arguing. With respect and love, amongst family. And isn’t it amazing that there are now differing opinions co-existing within the mainstream?

And sure, there have been awkward moments. ‘Are you sisters?’, ‘Do you have a husband?’ (to me at an event without H)… 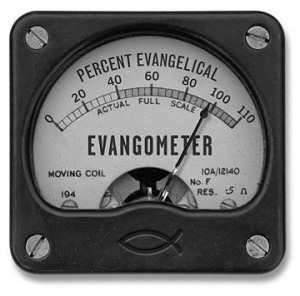 But that’s ok. Because I sense grace all over these people and this community. I want to be there. I want to worship there and be known there.

How strange this feels! Not to have to run and hide. I don’t really know what to do with it all. How, other than by grace, is it possible to return to the mainstream? And how vital it suddenly seems to be there, with these people, in these moments of almost-paradigm-shift. To be ‘other’ and yet in the family of God. To build relationships that are strong and allow for difficult conversations and for storytelling and for prayer.

Pray for us, friends, as we discern the call…

For he is our peace; in his flesh he has made both groups into one and has broken down the dividing wall, that is, the hostility between us. He has abolished the law with its commandments and ordinances, that he might create in himself one new humanity in place of the two, thus making peace, and might reconcile both groups to God in one body through the cross, thus putting to death that hostility through it. So he came and proclaimed peace to you who were far off and peace to those who were near; for through him both of us have access in one Spirit to the Father. So then you are no longer strangers and aliens, but you are citizens with the saints and also members of the household of God, built upon the foundation of the apostles and prophets, with Christ Jesus himself as the cornerstone. In him the whole structure is joined together and grows into a holy temple in the Lord; in whom you also are built together spiritually into a dwelling place for God.
Ephesians 2:14-22 (NRSV)

12 thoughts on “Moving (back) into the Mainstream”

Thoughts from the Middle

What's on your mind?

Tweets from the Middle